A few posts ago, I wrote about how I am caring for baby birds that had fallen from their nest. They were only a couple of days old; naked, blind and utterly helpless. Two (despite heroic efforts) died and the third…well, it’s gaining strength, eats a ton and it’s eyes opened today. This last one, it might make it.

The kids ask me every time they see me go to feed the baby bird, “Is it still alive or did it die?” They ask this as nonchalantly as one might ask “what’s for dinner?” Death isn’t a big deal around here and there is nothing taboo about talking about it.

A few days ago when I was compiling some questions that one might ask me during an interview, it was asked “what will you tell your girls happened to their natural father?”

They already know, because kids are inquisitive and I refused to skirt the word suicide.

They believe that life is life, death is death and neither life nor death is something to be ashamed of or scared of.

A few well-intentioned people questioned them having the knowledge of suicide. “What was I teaching them and was it harmful? Especially at their young ages.

First, I taught them that although their dad did commit suicide, it was a desperate attempt to end his mind hurting. It did not reflect his love for them and he didn’t do it to hurt them. It was a selfish act that had nothing to do with them.

Second, I’ve taught them that all kinds of people hurt. Mothers, fathers, brothers, sisters, etc. We don’t always understand why they are hurting, but just because we can’t see their hurt doesn’t make it hurt less. Bodies get sick and minds get sick. Daddy didn’t get help, so his illness took over. When we know someone is hurting, we should always help however we can.

The third lesson is although the worst thing that we can imagine happens, it is no excuse for us to stop living. Death happens, but until that moment there is life happening. Enjoy every moment. We can feel sad, mad or happy and every feeling is OK to have.

My children know the truth about suicide. They know the hurt that can be caused by mental illness. My prayer is although they have suffered the effects of suicide, that this has made them aware and more compassionate to those around them that may be hurting. May my children never hide in shame of something that wasn’t their fault, but take with them a heart that is willing to stand up from the stigma and be stronger adults who live life with no fear or regrets. I pray that they will advocate for breaking the silence around mental illness and use their experiences to comfort those around them. 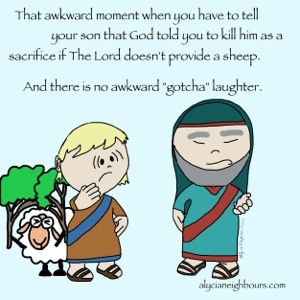 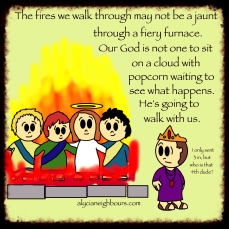 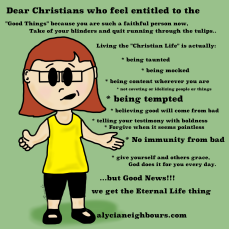