This month kicks off Nanowrimo, which is National Novel Writing Month. For the month of November, I will be working on a book of at least 50k words. Since most of effort will be spent writing there; I will be reposting some older posts that I enjoyed that you may or may not have seen.

“And once the storm is over, you won’t remember how you made it through, how you managed to survive. You won’t even be sure, whether the storm is really over. But one thing is certain. When you come out of the storm, you won’t be the same person who walked in. That’s what this storm’s all about.”
~Murakami 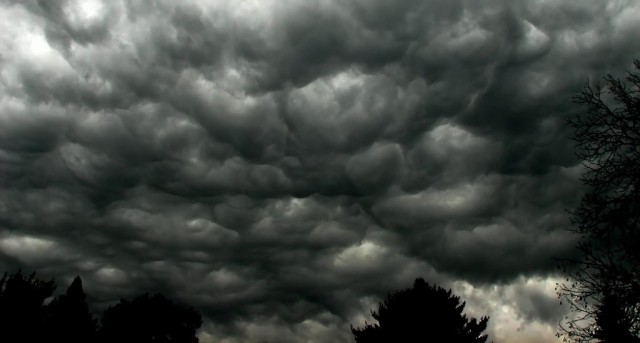 Chills coursed through at the moment the fine hairs on her arms raised in reaction to the electricity surging in the heavy wind. She knelt down and placed a hand against the warm crumbles of earth at her feet to feel the power of the explosive thunder as it rattled against the walls of the canyon she waited in.

For years she had existed in this desolate bleakness waiting safely behind man made walls for the first storm to bring growth and life every year. Jagged slices opening up the bulging clouds to release the gift of renewal. Fear of the power behind the swirling clouds and the knowledge of her own smallness had caused her to remain safely tucked away as an observer.

Now she was ready to experience.

The thick smell of the rain coming tantalized her as she turned her eyes upward towards to rushing darkness. Jagged and charred trunks pierced through the rocks around her. A warning that destruction proceeds rebirth. Her knees weakened slightly as the first electric knife struck close enough to beat the ground as heavy as the hooves as the wild mustangs who ran through the canyon simply for the thrill of being able to freely run. Her body told her to run to safety as she always had, but her heart was already galloping wildly with the echos of the deafening thunder.

The next cut of light brought a wall of rain further down the canyon. Wind rushed ahead blowing her hair to flutter behind her as she squared her shoulders and faced the fury. The pounding resonated all around her and the thump of her heart in her ears was deafened.

Mere seconds passed before the wall enveloped her completely. The first raindrops on her skin felt like tiny razors. Sinking deep. Releasing.

Muddy swirls rushed past her feet; lapping at her toes and boring into the parched earth. Cupping her hands in front of her she captured a small pool of water for a moment before it slithered from between her fingers. Refusing to be harnessed. Untamed.

Time passed with no regard for being measured and before she knew it, the sun was warming her face again. The storm was behind her now, but she had no desire to turn and acknowledge its continuation across the land. In the next weeks she would see evidence it had passed. Small sprigs of lush grass would color over the brown she had become accustomed to seeing.

As warm drops continued to fall from her clothing and hair, she allowed the fear that had once filled her soul to be released. Experiencing had given her knowledge. The swirling fury had been extinguished as rebirth had begun. Small shoots of hope were already beginning to peek from underneath the hardened, barren areas of her heart.

She was ready to experience. 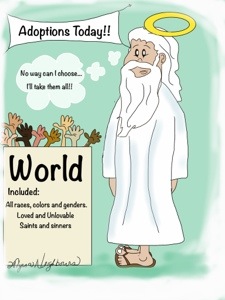